A Cite For Sore Eyes

Part 3: MARCH MOON
from For The Love of a Woman Essay Series


These essays around the full moon are inspired by a thought whose soul wonders what it is to reflect the mind of winter. Seeing the moon one gentle evening, this thinking began to imagine the moon had seen a good portion of the ghost world of what came and went many times over throughout countless eons long past. Thereupon perhaps something might remain in these ‘other world’ remains winter minds still and this might be of value and import to us now in our own life resolve. Whereupon our world, too, in the way it remains predisposed to reflect such mythic thoughts always and once more and imaginally so, we might then begin again to share the soul of this world with each other, being of the one dream and begun from within creative life’s image and likeness creatures of creation too. So this now is the imaginal route retraced that brings to me in contemplation likenesses for the ‘mind of winter’ and bears these through the first to this last of the winter-moon essays for this series.

A Sight For Sore Eyes (The Crust of the Matter)

March Moon is ‘crow’ and ‘crust’ and ‘sore’ and ‘sap’ and with the influx of Christianity into North America, Lenten, all of which I shall try in this essay to go on and re-imagine as a poetic nostra in belonging together.

In freezing and thawing the February snow lay round about no longer easily shoveled. A thin ice crust has reformed its surfaces, although with the same thrust in freezing and thawing a hidden sap has begun to run in trees. It is a welcome sight! While nowhere begun, the notion, ‘christic elixir’ is hiding and at work in an opus hard to attend regarding the March moon’s 'dew'. Nonetheless, this essay will try to tap the root formation in these oneiric image synonymies phantomalizing reveries mined for the promise in their soul-stuff.

A Site For Sore Eyes (Something To Crow About)

I had the pleasure and the privilege to be up in the canyon grand the last two days of February where I began thinking about the full moon of March. Lent had begun the day before and I spent that first day of Lent climbing and trekking, seeing and sniffing, loving and listening to the deep heart in the canyon lit in sunrise along canyon mesas. Sore piñon pines whose sap began oozing during the grand 60o days were seeping fluid down the sides of one of the pines where I paused to bow to the crow cawing in its branch the welcome song. “The site of you,” sang crow, “is a sight for sore eyes.” I couldn’t help think of the snow allergy some Native Americans suffer which causes their ancestors to dub the March full moon a moon when eyes are sore from brightness.

Just underneath the tree little watery streams were forming rivulets on the ground even further underneath snow piles silently shrinking. I found a penny just then. It disturbed the peace of the canyon in my head where crow became not quite cow but ‘cower’ and just a shade more underneath the bricoleur in a phantom teller’s model of the world.

Once there was a country mouse on friendly terms with a city mouse, the phantom began. But with this friendship an anxiety and with this anxiety a complexity formed into a point in departure.

It was like the dogs of the house in Aesop’s fable. Heidegger called the point in departure de riss or ‘ 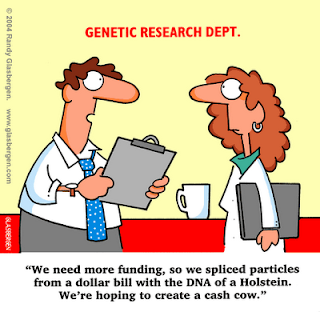 rift’. The rift grew into a separation in a crust and the crust spoke how somewhere a space opened between too much and not enough in an opposite nature engineered.

I looked up just as a woman came by walking a little god in a cute doggie vest. Behind her the canyon glistened with luminous brilliance. The woman was about eye level to the oldest layer of rock called schist. That’s a kind of metamorphic rock derived from clays and muds which have passed through a series of different kinds of metamorphic processes. The most remarkable characteristic of schist rock is how easily it splits. Schist is easily fragmented into exceptionally thin surfaces. Imagine…rock! Stone! Thin!

The Vishnu Schist lies at the bottom of the inner canyon gorge and forms part of the base of its geologic column. Aptly, the word schist is derived from the Greek and means to split. The metaphoric schist I imagine is a crust eaten away in peace to grow wildly another more invisible rift or ‘split’. It rends the image apart conceptually in two kinds of thinking. Each is hanging as Heidegger thought, in its own darkness. I suppose conflating the little god with the big one brought out my G 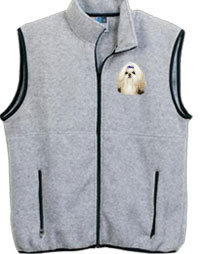 ermanic and pagan side. Dare now I share it?

Even now I cannot recall the breed of little dog it was. I only remember thinking of the liondog and wondering if ever there might be such a thing as a shih tzu vest. Turns out there is. Shih tzu’s brief history suggests Buddha rode a Shih Tzu Kou when he incarnated here. (He most definitely refused to wear the vest!)

Now the shell of a word forms behind my sequence of events regarding the given and geologic column of the Grand Canyon. The shell consists of deposition, where rock is added, and erosion, where rock already added is subtracted. This may be on account the anxiety I caught trickling in one kind of thinking in the way it was projecting on another. I also imagine in the freezing and thawing season a loosening or weakening of the connection once available dreamy metaphors in a distant past and that today's faith-based and scientistic kinds of thinking still attempt to lay hold but no longer quite grasp it experientially. THAT is bricoleur thinking shut out.

The term bricoleur was introduced by Lévi-Strauss (1962). It describes a type of thinking and symbolization that sits opposite "engineer". Whereas the engineer creates specialized tools for specialized tasks, the bricoleur is a "jack-of-all-trades" using but a few, non-specialized tools for a wide variety of purposes. There is only a loose connection between, on the one hand, the bricoleur and "primitive" societies, and, on the other, the engineer and modern societies.

Most of the anxiety projected onto the geo-logic of the canyon walls has to do with the latter thinking of the phantomizing yet modern engineer at work in evolutionism, although for Lévi-Strauss, the bricoleur and the engineer are the point of departure for a complex theoretical discussion called "the science of the concrete".

You cannot get more imaginally concrete than rock nor more rational in your thinking than science nor more fundamental in your faith-based point of view than evangelical religion and this essentialism insists the Vishnu Schist pass as one of the proves for both evolution on the one hand, and intelligent design on the other hand.

The summary of the depositional and erosional events at the Grand Canyon suggests the 1.7 million year old schist is the one proof both sides argue. On the one hand it supports the hypothesis of the theory of evolution. On the other the same phenomenon interprets the facts in biblical faith that the 6,ooo year old biblical flood of Noah stories what the phenomenal existence of the canyon confirms. One claims an old schist the other a much younger one; it is an argument between aging archons hounding like hell our collective societal heels. Under the one (p)roof growl the dogs of Aesop’s fable and I could only suppose in that moment maybe Aesop had it more deeply right than either science or religion. The crust once eaten in peace is better than the banquet partaken now in anxiety.

However, that doesn’t stop the arguing and I am resigned to sorting argument and reforming it. Both sides shut out the image of the water barrier that divides the realm of the bricoleur from the realm of the engineer in whose anxiety, projected onto canyon walls, calls, caws or cause me now to remember myths of other underworld journeys. I’d like to share something written by Radcliffe G Edmonds III in a book by the same title, “Myths of Underworld Journeys.” It has to do with water barriers in the underworld.

The choice of the nature of the water barrier seems to depend on the nature of the solution envisioned; for an obstacle that can only be overcome by monumental heroic effort, a huge expanse of water that requires great time and effort to cross is appropriate, whereas if the solution is simply a ritual like a burial or a deity’s aid, the body of water has a symbolic function and need not seem physically impassable. Edmonds is writing about “Aristophanes’ Frogs and a descent into the depths of comedy. (125)

But perhaps I ought retrace my own steps and be more explicit when it comes to my own water barrier. To fix the economy the mythicoreligious image of the water barrier presents us with the thought of a big expanse in the form of a big expense. It will require a lot of time and a great deal of fiscal restraint to be this fiscally passable. To resolve our story of origin the image of the water barrier presents us with a great divide that one ought consider better resolved in a ritual burial and in a symbolic manner rather than projected onto the Vishnu Schist of the Grand Canyon. Religion, after all, fills a deeply psychological yearning and suggests an alternative mystery solution.

But both science and religion cannot seem to hear the bricoleur in the canyon the way I did that day tracking the heartline along the edge of March where I found a penny. And so they do not always see the metaphor nor how to open it up mythically nor how let shine the inner light whose new ways might suddenly be-scene. Nor do they imagine they have found the token they are to bring Charon nor do they know how to (re)enact imaginally the mystery happening next. To science and a good deal of religious belief the science of the concrete often thinks a mythic image is good for something when it ought think it better applied in symbolic function to overcoming the great barrier in split thinking. Instead, both science and faith-based thinking do unclever things in stories designed to privilege a specific way in thinking over another. Such a way of thinking is seldom playful and misses the point of the song in Aristophane’s swan-frogs or the caw in Stephanie’s crow/cow.

Having said that, let me say that, like Aristophanes, I’ve been playing it both ways and discovering humor all sides. In the vast expanse and in the depth journey that day, the long way down a body of water is a little trickle hardly physically impassable at all. So where I find the penny and look up and hear the metonymic caw, just there and then I recognize an experiential trust and begin to understand how silence can have space and volume and take up the oneiric word enough to fill sonorous and phenomenal depths. It makes a shell of speech, a crust. It is crust enough. It poetizes everything even though the proof of it proves nothing. Even then, under the full March moon, schist happens.

this essay first published to mythopoetry.com

THE BRICOLEUR IN THE TENNIS COURT:PEDAGOGY IN POSTMODERN CONTEXT by David L Miller