no longer her nor here
A cry―Oh!

the outpouring word
more sound than word
yet, both―Oh!

i don’t want to leave you
you said, then
left me

without
alone
along the edge. It was

the end of the season
& the sound inspired
beginning

beginnings over & over began
without symbols or centers―Oh!
darkness fell
in my throat and felt
delightful memories & squeals
& what was soft copper
beaten and hardened
banged on boxes of your things
gestures in what we

shared together;
each rhythm sucked in
never held the sound

i exhaled & intoned
but oh never vanished
& then the fear―oh! my god!
you left me (forever)

in the distance
in the discourse
broken like a vessel
lost at sea―Oh!

in a word
a sound
a thing

unloveable & left to sing
a blue and spotted in between
put off, put on―Oh!

not within
dotted blue
the oh begin

again an i
& i in you
my spotted flesh

my earth and loss
not living her
in me unheard

tied to the mast
the work
the word


© 2010 mythopoetry.com
The Call stephanie pope
Posted by mythopoetry at 10:18 AM 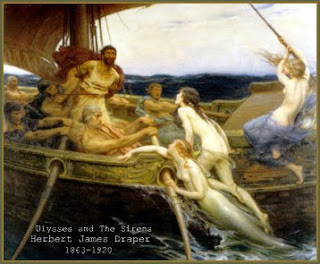 a timber sings through him
with rings of mythical

her wisdom is brrrr
aching where you cling

for titans
in ancestral strum

the mythic images
each to each

that do not ground
& the ground

you see, Poseidon paid
we still let him 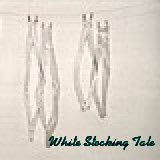 (the pornographer's daughter is gifted)

...in a dream he sat discussing
the nature of the real...ahhh, brilliant work!
but, what do I do about my loveliest daughter...


Here in the southwest there is this... pattern


it's called the step-pattern suppose you
take it in steps...nom-mon
where antimony steps en route
anti nomos = antimony

The first step: annihilation
get naked; greatness feels into every thing
zer- Oh's as close as it can get
to the real mystery god in the pubic zone


the steps conjugate negation
(1-1) in negative forms
supernatural object abjection
gets rid of the solid core
no body has what it takes
it (the objective psyche)
zer- 0h's i.e. targets the value
a value within lostness

see? it takes the two to tangle
(as in maid + maid = mades to mis[s] con-strue)
kekropids (like sparrows) get sold in pairs & cons for far-things

(meat on the table)

how the horror of an emptiness draws us in
0h! how the dark sex draws us

do not try to see into it
try to see as it sees; step 3: tertium non datur

the mystery
hangs
in the coming language
poetry hangs in the air, Step 4

[*]The poem is inspired by the wonderful essay of Craig Adcock, "'Faucon' or 'Perroquet'? A Note on Duchamp's Morceaux choisis d'après Courbet". Duchamps' bird is a pigeon but it turns out to be a pigeon that is no pigeon for he calls it a falcon. To complicate the plot even more, his 'falcon' is no falcon either. (He's punning.) The falcon, faucon in French, is a faux con. It looks like a pigeon but not quite. To paint his 'pigeon' Duchamps moves between two paintings by Gustave Coubert one of which is "Woman In White Stockings", 1861. Needless to say, they wear scarcely more than stockings! Looking and not looking; looking and perceiving; looking and the manipulations of the viewer's gaze are not a direct encounter with the woman, herself (wearing the white stockings.)Duchamps' faucon 'parrots' something, something that involves the viewer's inability. The viewer is a dupe, a 'pigeon', one who can be made to misconstrue a faux con, according to Adcock's point of view of Duchamp's presentation.

This poem first published to mythopoetry.com
Posted by mythopoetry at 12:17 PM

Once Upon A Yew: A White Stocking Tale 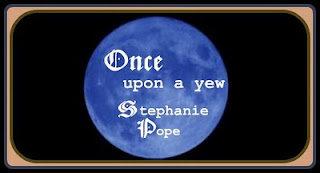 Yew chalks a boundary between death and immortal life; its symbol is I
-Book of Balymote, 1391


Imagine once upon a yew that she still lives and spins anew in maidenhair
to mend the blue wide avé nous once spun throughout and through the whorl
that thundered through the white hands where the pale maid sits turning just a girl. And when she wheels and spins and moans
into the shad, into the ‘oh’ ness of the crone
behind the spray and veiled, she weights a thread, thus come

how once she more than realized the tuffet moppet spot she sat upon
beds wet in mid and trough a knotting taut to realize the ‘is’ because
she was and is and calls her metis wove in h’s like a shroud, a cloud

she watched as kings reigned the weave within the spot where she is not
and wore instead a knot -a maiden shadow thrown
to orchestrate king-order in a vast disaster-us-affair, home-grown

the knot full well like ©hair in nothing more than (h)air inherited; begun
in not—no more a king than this, a plot: a plot of heirs who plot in hairs

the god-airs stand behind her as she combs and cards the dew; O, she places
in her basket blue; the moon, now full behind them and between them, too

dewdrops fall
threads fall
mixed together in the blue

like complex compositions in the shading of a yew
the moon, her emblem, strung upon a string
spirals through the falling threads of dew no thing


the vault of heaven turns and in the turning light
in dispenser of this burning vortex theme
she drew -O... don't tell me!

for her sheen already forming on the distaff drew
to h'earth in both in both what blew this foam the
thunderhead no longer knew; in downward move

in wave of blue, to heap all loveliness upon a yew 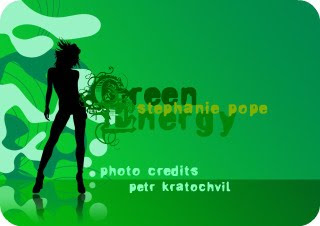 poetic sublimation connects the image to its
pain. Raw. Wet. Red; girlhood in first flower
what is primary (flowing & deflowering)
is a certain loss in a certain flowering
which is irreversible (meaning certain swallowing)
because all natural processes are irreversible
and why time flows one way and things fall apart


but not why Zeus in his cunning & in his zeal
swallows the mother of the real; swallows her
subjectivities and then agrees, Persephone, too
must be taken. Eating or sleeping
what is primary in the maternal subjectivities
through the flower upon which the god
erects himself in the name of the father is

the energy of an isolation will increase in time
& in time, come to matter even more
says the second law of thermodynamics
blood to ink in the use; each phrase
made to order, turning toward the order
to mete
to measure
the moonlight in it

Dis (order) ing carries the deep use of the
figures in speech as if they are real, as if
it is we who control them, although we only
reduce them to specific figures of speech
to draw out the abstraction. Raw. Wet. Wed
but

she never gave birth in our world; instead
she gave insight into our suffering
in conspectu mortis (said Jung)
and

the living time of the story


Petr Kratochvil's photo is in public domain. Visit more of his work.
Posted by mythopoetry at 10:54 AM