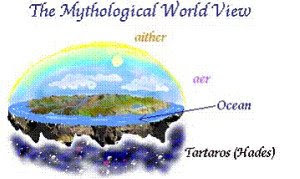 There is an old Scandinavian belief that when Lucifer and his angels fell from Heaven, they landed in the woods and forests and were doomed to remain there forever as wood spirits and trolls. One may suppose the ‘forest-spirit’ idea does not ever die out, such things are older than even the most ancient memory. The name for this particular remembrance is Yggdrasil… once there was a strange tree which was the home of ancient gods and spirits, the mighty Yggdrasil. It's powerful magic held Heaven, Earth and the Underworld together.

At any one time you and I may always suppose we are under a confluence of imagery in pretending. How is one to do their best to respond to such things in this day and age?

Many now believe there is a poetic basis to mind and those who respond best do so by suspending belief, neither trying at first to name or discern, but …imagine! I could say imaginal movement is little, just a little movement between then and now, and here and there but not exactly here. (ever) That’s because I am only ever really pretending, no matter how ever so real it seems.

The archetypal and poetic pattern, Yggdrasil, shows the shape of the imaginal landscape we are in when we are into it, when we have suspended belief and go into it the way you do when you go into the movie theatre to watch Star Wars, or Lord of the Rings or Batman Returns or Terminator or anything else. Symmetry is the order of the day. This is called the mythological worldview. You are in it. It is not in you. And that invisible world is what the word ‘soul’ means. Soul is a third world, not given. The Latin phrase is ‘tertium non datur’. This invisible third you could say is an unmanifest, hidden world shining in the here and now. But, you can’t see it. And the task is to see it. The task is to make this inside, hidden, unmanifest world manifest in the here and now. The Greek word for making is poiein. The word, Heidegger says, means “to cause something to be brought forth.” Poiein is where the Greek word, poieses stems from which our word, ‘poetry’ comes.

Even though you will suspend belief to experience this poetic and mythological worldview you cannot really be caught by this consciously since this is the very worldview we now call a lie. We say it is a myth and we mean it is a lie. The world is not really orderly and three-tiered but erupts in chaos at every turn and this because spirit and nature are both dead matters these days. So you and I and everybody else experiences uncertainty all the way around when it comes to anything being a ‘truth’ anymore. The world itself seems more than ever gnarled and twisted like a tree...like Yggdrasil. What is it like, this likeness of the like Yggdrasil imitates in you?
For some the world is more ‘real’ like the movie Signs than like the worldview which inspires it! For some others it is like Terminator and for others it is like a Mysterious Case of Benjamin Buttons. These movies would each be inspirations grounded in the one source inspiring us all just now but the one source remember is really non datur. It will take some time to ‘make its self manifest’. But perhaps for this very reason you and I might retain a kind of sympathy in a third not given, a third lost—a fantasy world. And now, it seems, this we are to do.

As you are exploring this ‘making life’ try to hang onto the little picture of the mythological worldview. Symmetry is the order of the day. Too much fantasy in play is just as not good as too little. You’ve got to allow for a third not given. You’ve got to ‘feel for it’. The felt-sense isn’t a reference to emotions but to subtle, invisible essential ‘essences in motion’, e-motions. E-motions make metaphors of everything.

Now imagine, if you can, the enormous ash tree which overshadows the whole world that is Yggdrasil. Yggdrasil's leaves are the clouds, while its fruit and flowers are the stars. On the highest branch sits an eagle with a falcon perched on his head between his eyes. These birds are, respectively, the atmosphere and the universe beyond. Together they observe the state of the world and must report to the pantheon of gods who sit in judgement below. A silver-haired goat grazes at a nearby branch. The goat provides the mead which the gods drink. You've got to have that. It is the animal soul of the materializing imagination and it cannot be devalued here. Do not be unfriendly to life processes that are chewing and eating away at the tree that is your tree.

Yggdrasil has three thick roots which reach into the past, the present and the future. These are fed by three fountains, which serve Heaven, Earth and the Underworld. The fountain which serves Heaven is filled with holy water, and is guarded by three Fates. These strange creatures, who rule the past, the present and the future, decide the course of our lives. Two swans float in this heavenly fountain. One is the sun, and the other is the moon. The earthly fountain sends forth the waters of the world, gives birth to all living things, and is the source of all knowledge. It is inhabited by a giant whose extraordinary wisdom has come from drinking those waters. And the boiling, bottomless fountain at Yggdrasil's roots sustains the underworld, supporting a monstrous dragon and a host of swarming snakes who generate the Earth's internal fires.

Besides supporting the sun and the moon, Yggdrasil hosts four reindeer, who nibble on the upper branches, dropping dew from their antlers onto the earth. Then, scurrying between the eagle, the falcon and the dreadful dragon there is a squirrel, who is both the rain and the snow. The four winds frame this picture in the form of four rabbits flying among all of the branches. In a particular sense, Yggdrasil is the weather.

But beyond even this, Yggdrasil is indestructible life like the green shoot sprouting through snow in March. Like the spirit of nature returned to the soul of the world in a green man working silently and hidden within the very crux of life, Yggdrasil is.

So Be. Come no thing.


Epilogue
It is told that should the god's era ever end, then men and women who are chosen to repopulate the earth will emerge from the ever green, Yggdrasil. For this is the source of all life. Of course, I am only a poor poet. And, this… a story for the telling.