MR SPEAKER, "VAGINA" IS NOT A DIRTY WORD! 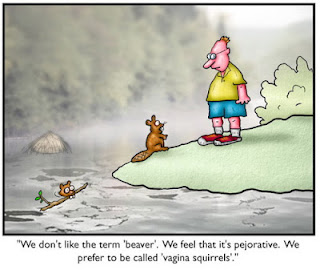 The moment the gavel came down we knew. Mr Speaker's gavel carried the sense of it in a thud. Mr Thudly Do-Right-Speaker set the doo-doo tone in the gavel's voice; the movement pejorative, the sound of it doo-doing something very wrong. What the gavel did in the downward-moving hand of Mr Speaker was underscore a sinister attitude of paternalism prevailing on the floor of Congress which intends systematically to disparage the citizenship status of all female body by silencing both female and male bodies speaking before Congress on behalf gender equality in the constitutionally guaranteed female citizen-body status-rights to life liberty and pursuit of a happy life.

To understand what I mean, you, the reader need to view the actual content of the address Mr Speaker gavels in which the legitimately dignified medical term, "vagina" is used.


And now that you see it and hear it, believe it. Congresswoman Lisa Brown is Jewish. And what got gaveled hid the truth that is called into legitimate question.  Namely that Judaism asserts when it comes to abortion, the status of the fetus as human life DOES NOT EQUAL THAT OF THE MOTHER. What is protested in Congresswoman Brown's address is the blurring of the line between religion and government (wrong number one) to difference (as in defer the meaning in the action and delay its recognition) an unequal citizenship status for all women based on gender. (wrong number two) No amount of fixing the economy will matter until this pejorative movement's attempt to pass into law said inequality is rendered impotent.

"The matter" where something is definitely THE matter, is what Thomas Jefferson referred to as “this loathsome combination of church and state” (see the Virgina Statute of Religious Freedom) having shared sentiments with James Madison's view (see James Madison on Separation of Church and State)  that “the civil Government, though bereft of everything like an associated hierarchy, possesses the requisite stability, and performs its functions with complete success, whilst the number, the industry, and the morality of the priesthood, and the devotion of the people, have been manifestly increased by the total separation of the Church from the State.”

You see more than any other framer of the Constitution, James Madison's view shaped the first amendment civil liberty on religious freedom. What Madison believes that is at work in the First Amendment, ie what the term "religion" "is" and "means" must be allowed to survive on its own merits based in what individual citizens truly have faith in.  And that reveals a certain something important. There is a difference in "faith" and "belief".  You cannot use these terms interchangeably to mean the same thing.  People in high places put alot of spin on religious beliefs to legitimate doing some very wrong things like the doo-doing gavel of Mr Speaker did this week. Mr Speaker, what you did this week is a moral outrage!


Mr. Speaker, you would do well to take heed  Lisa Brown's faith-based history lesson applying Madison's view exercising  her freedom of speech as well as sharing her religion's view which asks what gives folks in Congress the right to ask any citizen to uphold religious views of others against their own religious views and practices let alone ask them to pass laws to this effect?

Congresswoman Brown underscores the violation of the citizen trust persons in Congress represent when they take the oath of office to uphold the Constitution of these United States of America and then vote to violate every woman's god-given right to life, to exercise her Constitutional First Amendment right to practice her own religion freely as an American Citizen and her right to self-govern her own body and oversee its well-being.

Ms. Brown's vagina address is more statesman-like than your gavel, Mr. Speaker, because it upholds how she was elected to speak as a statesman. And you, Mr Speaker, need to take her lead and heed the challenge in her vagina address calling for an exercise of law which maintains separation of powers between religion and government.

My vagina, Mr Speaker, has spoken.
Posted by mythopoetry at 11:05 AM