the one who
bathes in the poem
in the sea

In the story of the birth of the great goddess of beauty, (Greek, Aphrodite, Roman Venus) she rises from the sea. From this moment on our human presence gazes upon beauty that it struggles to know. "What does it mean to struggle to know what one's own picturing soul wants gazing upon its own eros awakening from within the gaze?" asks Russian born Anatoly Karlin...

What does it mean to ‘want’? Negatively defined, it is to be deficient in something, such that the absence of it grates on the soul. When we look at a picture, in a sense it becomes a part of us, a simulation in that part of the brain responsible for visual processing. Conflicts can appear between our innate sense of aesthetics and the simulation that was thrust into our mind. Presumably then, a picture is in want of something if it is deficient in something – an object, or perhaps something more general, say lighting. Or maybe it completely fails to arouse any interest and can be dismissed. In any case, let’s say a picture wants what we want of it.


Karlin goes on to talk about this...When we perceive pictures, we do it from the prism of time and space – a form of intuition, according to Kant in the ‘Critique of Pure Reason’. (picturing) becomes for us... (parenthetic language and underlining mine)

So when looking at pictures and their wants, we must cast aside the Apollonian and embrace the Dionysian...

...and then he writes something important about the need for the experience of beauty, something Abraham Maslow says, if enough of it is missing from our lives, can make us sick...

People seek to add beauty in their lives...

Yet beauty has no moral value of its own. Dostoevsky remarked that ‘beauty is mysterious as well as terrible’; according to Schopenhauer, it reaches its pinnacle in the form of the sublime, a concept of greatness beyond mortal imagination. ___________see What A Picture Wants 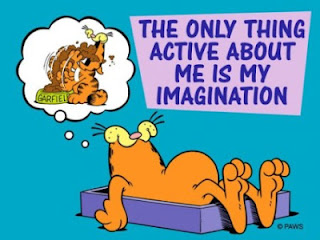 Silence as negation…as a fantasized potential, a not-yet-articulated fullness of speech…one of the key distinguishing features…the acting out of paradox. –Elleke Boehmer, Stories of Women , p.131


Where you gathered the line
poetized with seem and think
forgetful of being,  thought that felt itself
seamed again a so-ing term just how.

And where, in gathered words, the poetized
whatness had nowhere-ness to it, the mythic
deep, sweet scent betrayed also the eddy
you never spoke to me to speak the way it did
a silence like the roar of the sea in the shell of the ear.

Negate the negation and where the line gathers
is left in wakened, drunken foam the wrecked poem
negation by negation, wine-darkened is its d-calmed
position (oh, the ghosting, dull, dead, dee composition!)
rendering where I gather the line into me and where
fluid gathering separates out in poetic remains
my psyche's "psyche" gathering lines for her.
***

And where you gathered for her, entering the work, too
(enter the work from anywhere, you said)
you suspended belief in things to gather this around you
teach me, friend, the way you cannot bare it
I will tell you, too the way I cannot share it
how waxing red gathers my scar’s fading amethyst in blue
a wine-darkened post-colonial skin not unlike your smithee
“bloom-like” flesh still glowing of its own accord in how
(an artistic interface, a signature in the para-work for sure!)
or... how unbloom-like and dissed this seamless entry seems
(an O! —Phersephassa’s laughless stone.)

But where, in grace and ghost, already entered and left
in this word is a word eclipsed, one not quite “here” where
each psyche’s poetic presence might also have come to presence
(born a second time as it will have been, from the belly of the pater-matter)
having played the other in a space gotten round
(an in/can/dee-essence the now “embodied absence” signs.)


From here another world must come.


First memories of loving come to me in a hush, and by each of them I am undone a little, while there in the each of them, the mine within me continues to hide. Undone, I grow dull like the letter "dee" hiding within the configuration of that word. And, because in this moment it is love that seems to die a little through the story inside me, I sometimes feel just like that dull "dee" hiding inside the voice of its own name. "I love you" I say to that felt silence. And then I die a little, too, just so the unone of my lovestory can live again--even if just for this little while.

Posted by mythopoetry at 5:57 AM