I have a little poem published in my first poetry book, Like A Woman Falling (©2004 Mythic Artist Press) called “Ode To Rose Annie.” It’s dedicated to my eldest daughter.


Annie is for the Raggedy Ann she carried around throughout her childhood years. She loved that doll so much that when it tattered and fell apart, she still carried around the arm with her everywhere she went. The arm was all that was eventually left of it…

I gave then to my daughter a second, larger, Raggedy Ann especially made for a much bigger little girl and another doll at the same time. The second doll was called Strawberry Shortcake. If you remember this doll like I do, you remember she has a sort of cream puff shaped pink bonnet. That is what the rose remembers in my ode. Love is a flower. It blossoms tender.

Coincidentally, that is the other name for the June full moon. Some call the June full moon a rose moon and some call it the strawberry moon. For me the June moon recalls both and holds close to me the green memory of my young motherhood.

The June full moon brings something of the rose to my strawberry memory and something in the memory to something ineffable that lingers just out of reach in the rose. It is something pink and lovely like a little girl born in the heart before the spring and ahead of the strawberry season.

Rose Annie then, is my metaphor for the chthonic, earth spirit who is the breath of life and the mother in the waters bringing life into renewal each spring. That means there is something of the earth spirit, something deeper and darker which reignites for me in the inwardness carried in memory. It reunites me to a half-hidden, felt-sense in an image reflecting itself throughout the in-visible sides as if eternally pregnant and radiantly fertile in the anima of a strawberry life.

I have a feeling I relate deeply to the line John Lennon writes,

“Let me take you down; I’m going to strawberry fields.”

Maybe that is what my poet in the ode intuits; that the carrying ever inward of our images brings something of the downfended rose in the moon eternally to life.


excerpt of the essay,  “Strawberry Moon” taken from the collection of unpublished essays in For The Love of a Woman: 13 Essays On The Full Moon. 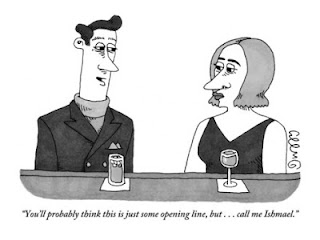 no lineman specializes in ball play when
the line of scrimmage is another
scrivener, a root metaphor
with a poetic nuance at work
in the background

that’s where
o
pen
ing lines draws to itself
a sticky thickener quickening
the inner line; an interface is
the line facing itself under erasure
the loosener of lines, dichter & bard

no specialist shows forth; already
outsides are dead and insides are living
the empowering resource, a
mythos in the logos making repair

The animal power in rambunctious is rum
a hostile man/trap/door leading to
Pan’s lair of nightmare.

feeling things
not quite
right.

With heroic effort he rings and runs;
the doorbell works. But
in the logistics of how brown works,
it didn’t. And so, in delivery
undelivered my package remains

©2013 Doorbell Request stephanie pope mythopoetry.com
Posted by mythopoetry at 5:31 AM

Limerick Under The Sea
©2013 stephanie pope mythopoetry.com
Posted by mythopoetry at 7:00 AM


Where the bottomland flows
without borders an ars metric
will not desist for ladybug;
for ladybug
fodder lies in the mudder's
region re-imagining her and
in the spirit of the father
risen up in the fen at dusk
is the way water imagines matter.

like waves played upon by hooves
like drummed sons chanted wordlessly, sono
and somnus, donar, thunor and tonos
cricket her ear dreamless where she dreams
the imagination of the material within, through

the materiality of a bottomland’s imaginal life.
An inner life’s depth is like a ladybug foddering
the belly of a nightbird with eggs ―foddering her
mudder region with the way the material word
imagines venerable old men might speak, the way

matter imagines ferried across the ars metric
without borders and in passage paid
an ore-dialect of uncountable depths.

Dormio means “to sleep”. Sono means noise, somnus means sleep or dream, both from a root, “son” and hence the word ‘sound’. The material imagination is as a wordless word sounding out the story the myth within tells. Thunor, donar and tonos reference thunder.


I missed out yesterday so today here is a poetic tale combining yesterday's words with today's words to create a short poem. The #ohj words are italicized in the poem so you know what they are. The story is a retelling of a Native American tale about friendship and remaining loyal to what one loves, one's vision quest moving between faith and unfaithfulness to go beyond the bounded horizons of temporal limitations to achieve the boon. The archetypal energy is like that of Aphrodite who sometimes asks you to be unfaithful to cultural ties to your people to remain more deeply faithful to the needs of life during times of tremendous upheaval and change.

swoops round and round
the landlady's head
where Ladybug yammers

in the hearted ladybug's
ladybird song

A retelling of the Native American tale of Hawk & Ladybug.
1. http://www.snowwowl.com/animallore/rlanimalsother3.html
2. For the children's tale of hawk and ladybug see http://www.amazon.com/The-Hawk-Ladybug-ebook/dp/B00C40P0WC
3. Ladybug, power animals in shamanism/ http://www.shamanicjourney.com/article/6177/ladybug-power-animal-symbol-of-past-lives-enlightenment
4.  Video story http://haviksogen.blogspot.com/2007/06/american-indian-story.html

Posted by mythopoetry at 7:23 AM

Inheres
the haunted kourotrophos
keeper to a rosarium Asklepian
containing the mormo, the reigning in
the antidote for what ails one.

Aristophanes. Archanians, 582ff. "Your terrifying armor makes me dizzy. I beg you, take away that Mormo ( bugbear/bogy)!"

Aristophanes. Peace, 474ff. "This is terrible! You are in the way, sitting there. We have no use for your Mormo's (bogy-like) head, friend."

Posted by mythopoetry at 9:29 AM