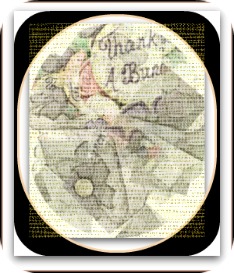 Great News  my future essay-blogs will republish to archetypes in action. share the news with other social media you frequent and THANKS A BUNCH!Featured Authors
Posted by mythopoetry at 8:22 AM 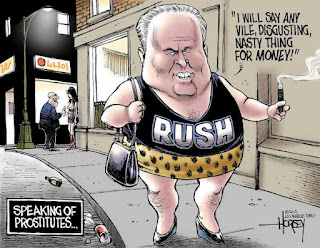 Well, Horsey's political cartoon, appearing in the  LA Times March 5th, 2012, caused me to make a new connection to women and humor and comedy because women weren't and aren't laughing at this yet women's humor is working in the soul here. The soul of the political cartoon expresses a feminine activism in which all men and women in the national soul participate. The metaphor for this soul is "citizen body".

So, two things come alive to me. Sandra Fluke, in addressing Congress just before the Blunt-Rubio bill goes to vote, is participating in a body that matters and thus is now behaving “woman-body” before a body that matters, congress, a woman who is shaper of citizen body. This is new and big and out of line with the old, western, mythic, Greco-Roman/Judeo-Christian inheritance that once upheld the fantasy story for the way we are to behave our collectively held imaginal forms about how men and women are to live together.

The national psyche is disturbed by events of last week. This is only the material cause causing something, an image of psyche our tacit presuppositions hold unconsciously to (re)surface a bit more consciously. The secret cause is archetypal and imaginal and it’s signaled a change in national soul around what fathers want for their daughters.

This past week’s seeming seams the old image in the Greek myth of Pandora, which links the female sex veiled in sexy sex as somehow “evil” sex, to what's going on in the collective soul today in how women behave themselves in public. And so the Limbaugh fantasy playing to the traditions of the old fathering side is restating ―as in repeating or mime-ing― the old way inner, mythic figures in inherited western fantasy once soul formation(s) of national soul. But something is changed in the collectively held psyche of our national soul and the daughter side is playing its role in a new way.

Remember this early Greek myth oppresses “female” and “sex” and therefore, the female sex herself is a “vessel-image”. “Woman” “as vessel” within which the Greek woman, it was fantasized, is to carry herself into marriage, operates on the tacit presupposition of a masculine divinity’s desire for male maternity. Zeus wants to give birth to a daughter. She is this vessel carrying the wisdom of the national endowment, the treasury of Zeus.  Hence, the "play" is carried differently. And this difference is what came to the fore this week.

The vessel (pithos or dolium it was called) that traditionally and literally accompanied each woman into marriage belonged to all Greek wedding rites as much as did the veil given the new bride to wear. Both signified “marriage”; the bride as a sexual vessel and the vessel as her role in lieu of citizen status on the one hand and the veil, “marriage” as that body behind which in public she was to (dis)appear. Marriage is given woman’s “sex” in lieu of a citizenship status equal to that of men’s “sex” who may both literally appear in public but whose sexual fantasy about male maternity may  also make its fantasy appearance visibly "public" as well.  Such it is that inferential as statement: “sex”  specifically as “male” + “sexual” +“fantasy” is what now as it once was in days of old that which may address "citizen body" as what is allowed to be talked about. It is what appears before bodies that matter and addresses such bodies as it once did the Greek forum as citizen.

In the Pandora myth the Greek female citizen is given in marriage, spoken for and ceases to speak for herself. The prostitute, working outside marriage, carries the image negation. So “clean sex” and “dirty sex” and both represented as “Pandora” veil the repression of “sex” itself behind male maternity fantasies.

That is the first thing and it is a big thing. It is big because when our young women have the courage to step from outside this fantasy operating unconsciously in the national soul they are behaving the wise fool―and the old comic seriousness seriously. They play it as it leaps in a fresh way and from out the deep zone at that!

The second thing is I suddenly realized when I saw this political cartoon, female images are used to bring together our worst fears and our best jokes because they –ie women, themselves aren't supposed to have a sense of humor (which is a felt sense for the comic in the soul) And they are up against this tacit presupposition that the entire imaginary making up the national life’s story must reenact the story of a fantasy of male maternity, when they do.

But if myths are to work in a mythoclastic manner, they are to be reworked and re-enacted mythopoetically, not literally portrayed but psychically overturned so that one functions from one’s own individual body-psyche contributing collectively to the treasury of national soul how soul matters for real its 2012 national psyche. I think that is what will go into the voting booth this November.

So that finally, this is what I've been exploring this morning I should be doing other things. If you are interested in this line of exploration regarding women and humor see the work of Nancy A Walker (for one/ her book, "A Very Serious Thing"? is on women and humor.) And here is an interesting paper exploring the humor in the soul of Emily Dickinson's writing. http://www.jstor.org/discover/10.2307/464206?uid=3739256&sid=55861244623.

So that you will continue to think about some of the images that psyche mattered this mad month of March, let me leave you with an Emily poem, "They Shut Me Up In Prose"...

Still! Could themself have peeped-
And seen my Brain-go round-
They might as wise have lodged a Bird
For Treason-in the Pound-


Editor Note: I would like to thank Ric Williams and the rest of the mythopoetry facebook community who provided me some much-needed talk-therapy to work this up.  Thanks, folks!
Posted by mythopoetry at 7:16 AM