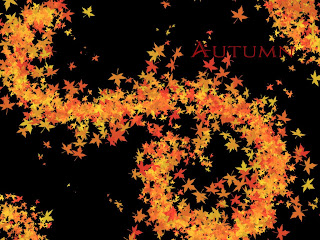 
a shadow hound
its leafy cavity

lumber-like and numb
with V-like blue-nosed gravity
sniffing is only a fitting in...

... how kingly autumn
is sitting

in the spiral trumpeter a
diving V will know

the inner reaches of the
shadow bitch
in whose keep the vital life at rest, rests

the sun in the story shadows know, sleeping
who is she, this sol-gate guardian?

In This Issue: "La Nuit Au Claire" by Chris Paris


Mythopoetry Scholar vol. 3, whose 2012 theme is revolution, includes two short fiction pieces. One, "La Nuit Au Claire" by Chris Paris is set in the fictional, but not-too-distant campus unrest of the 1960's.

I was in a discussion with the author around the time I went to work setting the page in the publishing software that will include the story in the electronic zine publishing January, 2012.

"There are glimmers, moments when something breaks through culture at certain times and in certain ways and my goal," I told him, "in doing the work I do on line, is often times to interrogate the tacit presuppositions within which cultural values operate out of mythic dominants to the detriment of certain cultural kinds. The mythic dominants more often than not operate via religious, scientistic, historical and academic sanction...which is really an expression of an imbalance operating and mostly around a grab for power and goods...greed. During such moments," I told him, "the collective opine for the goods isn't the same thing necessarily as 'the good, the right, the just, the true,' by straw pole or otherwise."  I think I had in the back of my mind something James Hillman noted in The Souless Society. He said America's myth is a myth of innocence and that's what gets us. Myth is tragedy and American tragedy lies in how it is remaining innocent. It does this for too long and until it's too late.

The truth be told the American majority opine misses, covers over, shuts away, shuts out and tries to shut up the subtle glimmer passing into being where openings are made culturally in which new meaning in a new cultural soul can come into expression and revivify how it all works."

One such opening of the '60's that ought be challenged is the notion of "the feminine."  And this part is tricky. Like racism one ought lay the ism of "the feminine" down. No ism can get the cultural work done. See, I have a feeling the work of culture-making is somehow alot closer to the work of soul-making than anybody knew.

That means, personally speaking, I would have hoped by now feminism, which has for more than thirty years, decontructed gender i.e. shown it to be an artifice, would be moving cultural mythemes along from glimmer to thunderclap and we would not attempt in our fictions to use a fantasy motif reinstating any notion there is such a thing as feminine work when re imagining culture. I would have hoped the work would by now be human work in the name of citizen body.

Paris agrees but not quite and uses the word "feminine" differently than do I. Paris has made something qualitative into a noun, a thing, "the feminine" and then personifies it.  What I am challenging is this very linguistic fantasy move since what it's doing reinstates the imaginal construct of a uniquely "feminine" role in culture via such language literally.

Work is work, yes, but I refuse to ignore the feminine and its profoundly and desperately needed value in the world--which proves revolutionary in itself, just as it did in the New Testament. Consider, for example, Mary's role at the wedding and the running out of food and drink. Many appeals to Jesus, who very intriguingly balks. SHE is the mentor--the feminine, and demonstrates to HIM that one cannot be compassionate just sometimes, but ALL the time... That's revolutionary...

Paris' own notion of what is revolutionary shapes the mytheme for "La Nuit."

LA NUIT is all about mythologizing ourselves into believing how courageous we are when, in actuality, we have no guts at all as a nation as a people, not even for each other. Hence, oppressive enslaving corporate plutocracy dictating what government should be. The rich get richer, the exclusivists more exclusive, hegemony through the roof and all reinforced through fear.Paris goes on

In fact, you'll see it in "LA NUIT AU CLAIRE," although ironically, tragically defeated. We need to paint THAT picture, too, in order to de-mythologize to resurrect for revolutionary change-making action.

Even though this is not my idea of a revolutionary, de-mythologizing change-making action but the reinstating of a mythic dominant of yesteryear via a specific gender role in culture, I think you will find the story complex and interesting and, when you finally get the chance to read it this January, you can decide matters for yourself.
Posted by mythopoetry at 12:19 PM