DAVE ALBER GUEST BLOG "What Is Myth For You?" #mythology #Monday #September #blog 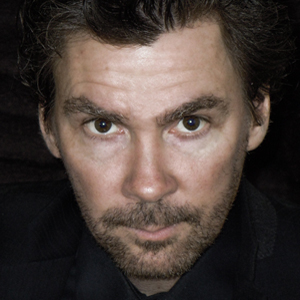 WHAT IS MYTH FOR YOU?

"Myth, I discovered from others… relates to poetry, trance states, shamanism, personal mythology, art, history and more. There was no containing this thing — Myth — for long."

"Myths are transmissions of knowledge from the enlightened state, from cultures that rightly identify spiritual work with the routine moment-to-moment development of their awareness state. Myths are not quaint fantasy literature."

About me:
I’m a friend of Stephanie, who, like her, is also alumni at Pacifica Graduate Institute. We shared the same class, learning about the value of myth to such diverse areas as psychology, literature, and filmmaking. At Pacifica, we quickly became friends and have enjoyed many long conversations about the poetics of myth in life. I enjoyed adding two essays to Stephanie’s Mythopoetry Scholar e-zine (Guest Rituals: The Aesthetics of Being With An “Other” and Myths and Moon Cakes: The Cosmological Symbolism of the Zhou Revolution) and earlier Stephanie web-hosted my poem To the Dawn with images and an environmental context.

I’ve also created a book about myth and art, Myth & Medium, and have written a novel about personal mythology and mythopoesis, Alien Sex in Silicon Valley. More recently, I’ve published an anthology of world myth that we’ll talk about shortly.

Despite being somewhat tech-savvy in some areas, I’m a complete newbie to blogging, so please forgive any errors in blogging etiquette. I am grateful to Stephanie for — as always — encouraging collaboration in mythic ventures.

I would like to begin this blogging adventure with a memory. It is a moment of surprise, fascination, and bewilderment.

I had traveled from Georgia to California, had begun work as a graphic designer in San Mateo, California, south of San Francisco, and was establishing a base of stability from which to begin graduate school at Pacifica. Before the first class, I drove down Highway 101 to Santa Barbara and camped on the beach. The next morning, I would begin classes studying mythology. I was excited — filled with anticipation — because I was an avid reader of myth as a child and a great fan of Joseph Campbell, whose work struck me as an expanding revelation. I had, like many people, discovered Campbell through his PBS series The Power of Myth. And feeling touched in my heart by the enlivening force of his words, I quickly devoured all of Campbell’s work that I could get my hands on: The Hero with a Thousand Faces, Transformation of Myths Through Time, and the series that completely transformed my perception of world history, The Masks of God. I assumed — on my way to Pacifica’s welcome lecture to new students — that most other students in Pacifica’s myth program would have had a similar experience, yet in meeting students on the shuttle bus and on Pacifica’s grounds, I quickly experienced confusion and befuddlement. In hearing the stories of others, I was surprised and fascinated to hear from everyone that I talked to that they had an experience that was very different from my own, and that their own understanding of myth was again world’s apart from mine. We were all fascinated by mythology, intent on the same object of study, like moths drawn to a great and fascinating light… yet we were each approaching the subject in the way of the Indian parable of the blind men and the elephant.

Consequently, one of my first lessons at Pacifica was that myth was a totality wholly other than the expectations set by my own point of departure. In shared conversations with others, our shared perception of myth seemed to swell, grow, and change shape. We were not blind men after all… it seemed. We were — each of us — like Menelaus gripping Proteus on the beach of the island of Pharos.

For coming from Egypt to his homeland, Menelaus was detained on the island and needed to grip Proteus — and hold him fast — in order to progress. Yet when he gripped that old god of the sea, Proteus changed shape… to a lion… to running water… to a tree… and so on, transforming himself again and again within Menelaus’s grasp, until eventually, offering up truth.
In studying myth, we each had gripped Proteus, and gained truth and truths from the experience. And in traveling to Santa Barbara, each time, old Proteus would wash ashore and greet us as teachers, mentors, friends, and fellow students.

Myth, I discovered from others… relates to poetry, trance states, shamanism, personal mythology, art, history and more. There was no containing this thing — Myth — for long. Once your griped it in your hands and sat down for dinner with other students of mythology, you’d realize that it had wiggled free of your grasp and had become something else entirely.

Bradley Olson recently posted an essay on the importance of rethinking myth and personal definitions of myth, and similarly, he referenced it back to the mystical function of myth.

I had when writing Myth & Medium one definition of myth, in Alien Sex in Silicon Valley another, and most recently, in the anthology of world myth that I had mentioned earlier, The Heart of Myth, yet another definition of myth has emerged from the great Ocean of the Streams of Stories that is myth’s protean nature: Myths are transmissions of knowledge from the enlightened state, from cultures that rightly identify spiritual work with the routine moment-to-moment development of their awareness state. Myths are not quaint fantasy literature. Rather, they communicate in symbolic language the play of eternal values into the field of time. Myths are so designed as to break the “individual” open to a totalizing identification with eternity.

This definition is, of course, limited. It is framed entirely within the context of Campbell’s mystical function of myth (within Campbell’s four functions of myth.) However, the definition was determined by the scope of the book, The Heart of Myth: Wisdom Stories from Endangered People, which is an anthology of world myth… so it is global in its scope. The definition is focused only on an esoteric reading of myth, dismissing exoteric meanings as the medium of transmission, yet, since Heart is an anthology of living myth, the myths of living polytheistic communities… it is relevant to both anthropological and phenomenological experiences among diverse communities all over the globe.

The Heart of Myth is an attempt — through context and examples of myth from around the world — to unpack myth… as a communicational medium grounded in profound states of awareness.

Arguments centering upon myth and ritual (after van Gennep) often ponder, “Which came first, the myth or the ritual?” My argument in The Heart of Myth is that state of awareness is primary. Like poetry, myth is a mode of communication with shifting sets of grammatical characteristics based, nevertheless, upon core principles of metaphor and figurative language. Unpacked section at a time… The Heart of Myth is an attempt to share with a wider audience the grammar of myth as a system for the transmission of profound states of awareness.

If Campbell’s The Hero with a Thousand Faces was Campbell’s attempt to teach people how to read a myth, then The Heart of Myth is my attempt to unpack the grammar of the mystical function of myth.
To this end, in the next blog… we will take our first steps in our discovery — inward, ever inward — toward that foundational state of awareness from which myth emerges.

Dave Alber is the author of To the Dawn, Myth & Medium, and Alien Sex in Silicon Valley. His book The Heart of Myth is a global anthology of living myth that unpacks the grammar of world mythology. His website is DaveAlber.com and his English learning products are at EasyAmericanAccent.com.