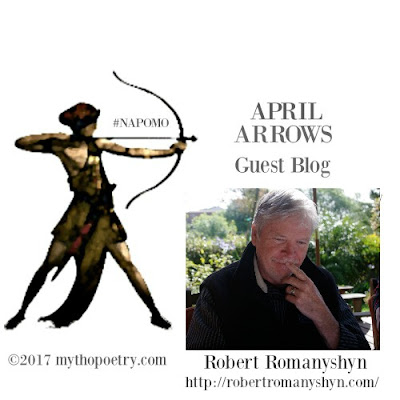 Is there a place
where streets have no names,
where they begin in clouds and end in thick green forests
with pungent odors of ancient beasts?

Is there a strange land
where rain falls up from the earth
and soaks the sky
with moist musings on the stars?

Or, perhaps, an invisible land where
birds beat with flying have gills to glide into the sea,
and fish fed up with swimming
have wings to wheel above the clouds?

Is there a nowhere land
where fish-birds, taking in greedy gulps of air,
and bird-fish, beaks moist with foam,
sing old fish songs from the cities beneath the sea.

Was it ever necessary to be so quiet,
to dress in the quarter light of those early summer mornings,
to creep toward the door and unlatch it ever so slowly,
and close it without waking the sleepers in the house?

So young to become as if a thief or a phantom.

But to what end?

Was it the dreaming world just rousing itself from sleep ,
to dress itself in arranged and familiar patterns,
so easily passed over, as if they were always there,
concealing its daily rituals of new beginnings?

when the trees might still decide not to be perfectly upright
and still that morning, but to wander as a shadow into the grassy green fields, or the light might choose to live that day
as a wish of being ripples of water dancing with the wind--

Rows of black ants moving to some inaudible tune,
descending and emerging from the dark caverns of earth--
Holy Mysteries!
A sly wink of the eye of God!

It was only a quick glance
From the road I was travelling
Toward the porch where a black man in a vivid blue shirt,
Flashing like a signal, was standing

Straight, still, he could have been a statue.
But he was a man, who, looking at nothing,
Was becoming the sweet smell of the morning Carolina air,
Or maybe the first drops of a soft rain falling on his fields.

A brief punctuation in the stream of passing moments!
A thimble cup of grace pouring into the world!
A silent blessing!
Quite enough for a day.

Robert D. Romanyshyn is an Emeritus Professor of Psychology at Pacifica Graduate Institute. Leaning Toward the Poet: Eavesdropping on the Poetry of Everyday Life, was published in 2014. A multi media work, it contains drawings of some of the epiphanies that arise where, while lingering in the shadows, and when, in the company of the poets, the splendor of the simple moment, the miracle in the mundane, and the wonder of stray lines display themselves. He is currently completing a detective novel, The Frankenstein Prophecies: The Untold Tale in Mary Shelley’s Story/Nine Questions and Replies.


Leaning Toward the Poet: Eavesdropping on the Poetry of Everyday Life

Posted by mythopoetry at 6:57 AM